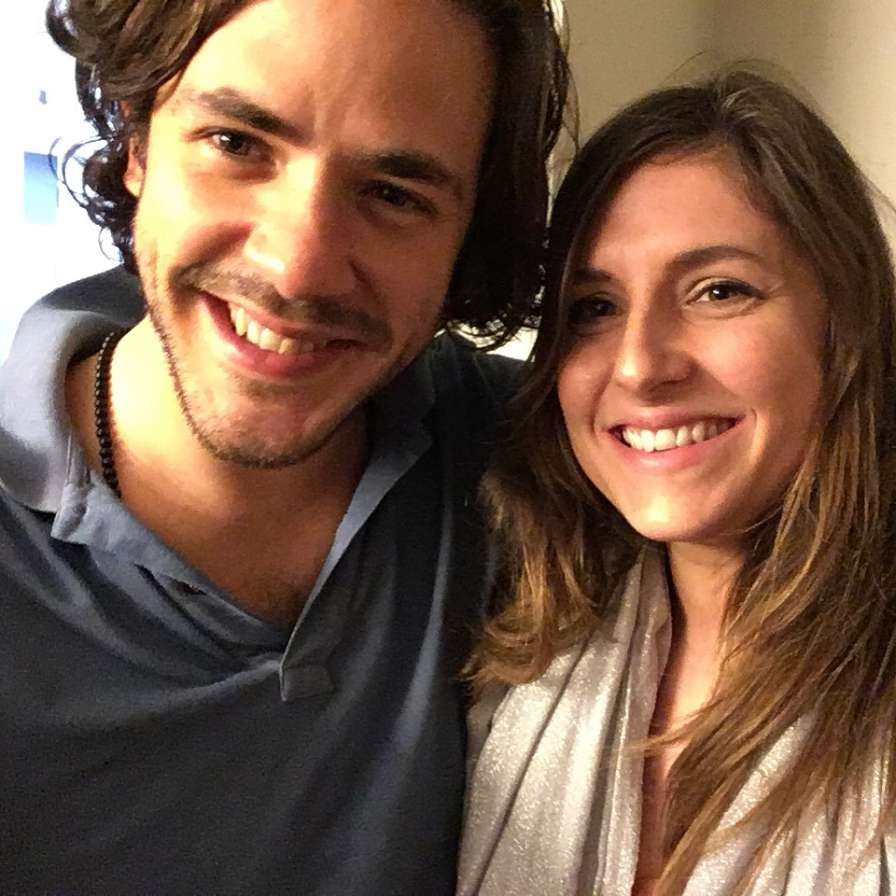 Unless you were paying special attention when I posted my Theme Song To A Van Life blog post, you might have missed what an enormous Jack Savoretti fan I am, how I have driven thousands of miles listening to him, and how I would dearly love to tour with him as his support act. I would claim the title of super fan, but I have seen those kinds of fans and really even my incessant listening to Jack Savoretti for like 6 months straight without changing the CD or skipping a song doesn’t really qualify me for the title of superfan. That said this weekend’s actions might bump me to the top of the crazy fan / stalker list.

So on Saturday Sam Bailey’s Sing My Heart Out tour took us to Leicester, to De Montfort Hall. After our soundcheck whilst George was taking in the sheer size of the venue I was scrolling through Twitter and noticed Jack was starting his tour at The Corn Exchange in Cambridge. I couldn’t help myself, I tweeted about the venue we were in and that he should let me open one of his shows sometime. I told Big G what I had done and he said, ‘You realise he’s playing here tomorrow night?’

‘WHAT!? Really? Jack is going to be here?’ My mind went a whirring and all the possiblilities started sparking in my head. ‘If I stay over in LVB in the loading dock, I’ll still be here when they arrive, I could leave him something at Stage Door, may be the doorman would pass it on…’ A plan was developing fast!

Then while we were getting ready another part fell into place, ‘Wait.. George, I don’t have to be anywhere for days. I could just stay in Leicester and catch the show as well?? And if I catch the show.. Maybe, just maybe I could say hi!?’

My eyes are wide. All the time George is nodding and encouraging this plan saying ‘Well don’t forget to mention that I recorded him at Townhouse Studios…’

Staying over at De Montfort Hall was easy. Paul at stage door agreed, in fact he agreed to two nights!!! (I am so glad I am a Vanlifer and can do this kinda stuff!) So after we all finished having the time of our lives, the very best show of Sam’s tour so far, to the near sold out hometown gig that raised the roof… I went back to Luna, poured a glass of wine and composed a letter to my musical hero.

By the time I was done it was nearly 2 in the morning and I was more than tipsy and a bit giddy at the thought this piece of paper would be in Jack’s hand!

I awoke in the morning to find a jumbo cruiser and trailer beside me, and instead of being out of the way as promised, LVB was actually totally blocking Jack’s bus from getting into the loading bay! Whoops! How embarrassing. I moved sharpish. Last thing I want to be is trouble!

I stayed out of the way all day. I know what tour life is like now.. Don’t get in the way or underfoot. I checked my drunkenly written letter wasn’t too drunkenly written, popped it, a flyer and a signed copy of my CD in a star spangled envelope and gave it to Stage Door who promised to give it to Jack.

Then I went and got a ticket and got ready to see the show!! Soooo excited!Fascinated too, to see how this calibre of musician does it live?!

Initially I had a standing ticket, but I can’t stand still for hours.. and after watching the support act I was desperate to get a seat. I went to the box office and swapped to what turned out to be the best seat in the house! Dead centre, front row. An awesome spot – And Jack had my full attention for the duration.

It was absolutely the best gig I have seen. Maybe cos I love the music soooo much but really I totally loved every moment, I was wowed by the amazing parts and endeared and encouraged by the odd mistake, and couldn’t believe it when an hour had flown by.

After the show, I went back to LVB and watched the real super fans queue up at stage door, on and off I went out to see what was going on, I took the opportunity to meet most of them and hand out a few flyers for them to read while they were waiting! Haahah.

I suspected it was unlikely that Jack was coming out. And he didn’t.. Eventually the last few fans strolled disappointedly away and I too accepted that it was unlikely I’d get to meet him either. No matter, I’d had a secure park up for two nights, seen my favourite gig ever, and got to send a personal letter and gift to Jack.

Just before midnight I slung on a jacket and slipped into any old pair of shoes i could find and went back to stage door to say goodnight and thanks for being so good to me cos I’d be gone by the next shift.

Paul lead me back up the already familiar corridors to the dressing room that had been Sam’s yesterday, it looked different. Blokey. Pizza boxes and red wine replaced the sequins and make up. And there were the band, and Paul, ahead of me saying ‘Gents can I be really cheeky and introduce you to this lady…’ He stood aside and ducked out of the room leaving me face to face with Jack Savoretti.

Suddenly, my heart was pounding, my mind a whirring mess of ‘Why the hell didn’t you fix your make up, put the right shoes on, leave this crappy jacket in the van??? Say some thing witty, don’t talk to much but.. say the right thing and .. ahhhhh?!’

I can handle a room of a thousand people but Jack Savoretti and I’m barely breathing, let alone being witty and making sense.

I think I did okay though.. I told him who I was, how I came to be there. Recognition clicked and he said ‘ Ahh yeah you wrote that letter. I read it.’

‘Yeah all of it.’ He laughed and then promised too to listen to the music when he gets a moment and to a CD player!

YAAAAAAAAY!!!!! Crazy muppet arms waving moment – But only in my head. I saved that til later, when I got back to stage door, hugged Paul and did a little dance around his office.

Crazy dancing lady stowed safely in my head, it was chit chat and who’s doing what, where, when and what crappy jobs we all had before we were musos.. And eventually I made my exit. Post show dressing room time is a kind of sacred space for the stars to come down from the show, I knew I should leave them to it.

‘But before I go Jack, can we get a photo.. Just to prove this really happened?’

‘Cool, I’ll hold it, you press the button’

And there it was.. captured. The moment Jack Savoretti, arm around my waist, officially met me, Nikki Loy: Superfan – Prepared to camp outside a venue for two days, write a drunken letter, see the show, wait at stage door till all the rest were gone, asking for the opportunity to come on tour someday.

How crazy that the previous morning I had no idea any of this would be unfolding but when it did, everything went according to plan… AWESOME! So maybe that last part will too. We’ll have to see??

So it’s the end of week two! Or the beginning of week three… I can’t really tell. The days are merging into each other and it’s all becoming a blur! We have been building this campervan for two solid weeks now with only one day off! It’s really taking shape and although there’s still so… 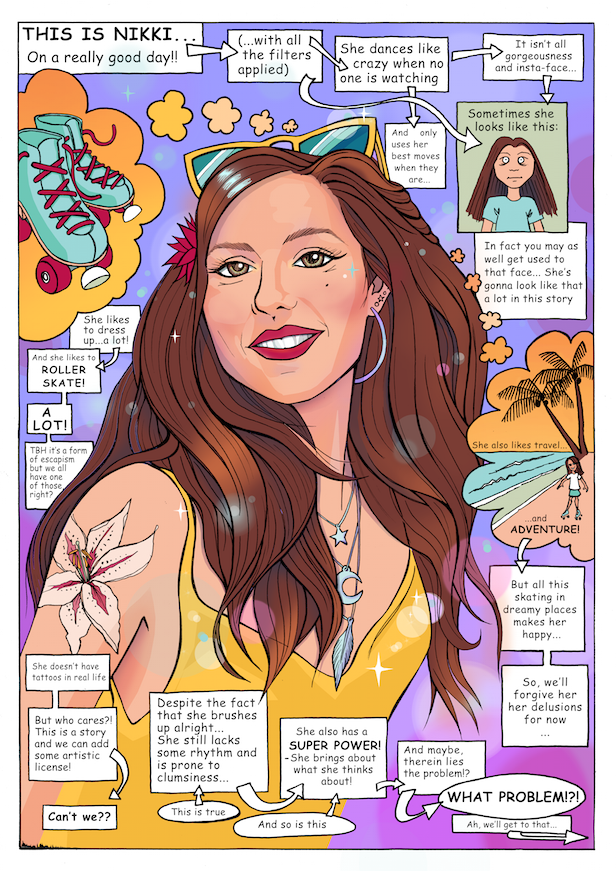 Okay, people… Drama has occurred! Now don’t freak out but Luna Van Blanc and I were the victims of a drive by shooting! Sounds mad doesn’t it! Hard to believe but it happened.  On Friday night I pulled over beside Swanbourne Lake in Arundel to make some dinner and put away my laundry.  I’d been stopped…