I can’t decide whether this should be a Van Life Loy update or not… It’s been a busy week  in Van and out, and it’s hard to separate the two.

I write to you from the warmth of the wood burner in The Three Merry Lads, a pub on the edge of the Peak District that accepts visiting campervans and allows free overnight parking if you eat/drink there.

And as I have been working hard for long days this week I am glad to have someone else cook for me and a safe place to park overnight… What’s more they provide hook-up (electricity) and water. It’s a van lifers dream. Well, it is if you’re this Van Lifer with my recent history! Which, incidentally, whilst I have been here has reached the national news. Madness.

You may think after such incidents I would be tempted to re-think Van Life and I confess, for about 30 minutes I did …But then I remembered all I love about it and how very rare such incidents actually are, and I decided not to let them steal my joy and my adventure.

The view up here at the Three Merry Lads is beautiful and it’s a relief to know that my needs are met for a whole week and I am safe. And more than safe, I have people to look out for me and check in with at the end of the day. Sarah, Imogen and team – Thank you for looking after me. X

I’ve also had the opportunity to meet and converse with the other visiting Van Lifers: A couple part-timing on holiday in the area, another guy living van life on weekdays passing through for work, and one full-time traveller discovering the world from his camper for more than sven years now. It’s been great swapping stories over a drink.

So the reason I am up here in Sheffield is that in one month’s time I am launching my next single, Hold Me Now, and I needed a music video, and the company we chose to make it are based here. Renton Productions, A.K.A Tristan, Jess and Ben. Of course as a van lifer it’s easier for me to come to them than vice versa.

It’s been really cool. I feel I have had an immersive experience of Sheffield. On the first day I went to Meadow Hall shopping centre to buy my costumes – That meant public transport – Bus down the windy steep South Yorkshire hills, and then a tram through the city.

The first location was filmed in Sheffield’s quaintest venue, The Lantern Theatre.

Our other locations have actually been people’s homes. Judith generously loaned us her whole victorian maisonette complete with grand piano, and teenage Anaya loaned us her bedroom.

The scenes that involve our homeless gent have taken me down to the canels,  round the warehouse and under the bridges, amazing industrial scenes, such a contrast to the rolling hills.

It’s been a fascinating process. This is the first time I have made a video that involved so many people. We have brought in actors to play various roles that illustrate the story in a variety of ways.. and we’ve had assistants on set too. If you’ve been watching my instastories you’ll have already seen some of these faces.

I was rather surprised at one point to find myself in tears watching actors Claire and Lee playing out certain parts of Hold Me Now.

As the song is about coping with pain, we bought in Matt Willoughby, a very talented prosthetic make up artist to give one of my characters, a teenage girl played by Leah, some true to life scarring.

The final day of filming took me down to the Wicker Arches, by the river that we’d scouted a few days previously. It was shocking to be faced with the remnants of such an active drug scene. Something of a wake up call to see the real truths of peoples pain.

I have loved being plunged into the heart of this city and meeting some of it’s people. Most especially the team from Renton Productions – Tristan and Ben worked tirelessly and cheerfully for hours on end to achieve the outcomes we wanted. Thanks fellas! I cant wait to see how it turns out. 🙂

Today I also had the opportunity to meet some of the other folks who have been working for me behind the scenes: Ben Walker from Arise who built this fab website and Joel Toombs from Resound Media who writes my press releases. It’s been a really fantastic week – Thanks to everyone involved! Thanks Sheffield!

I  look forward to coming back on the 24th of March to open for Sam Bailey at City Hall. I hope those of you local to the area will be able to join us?

If you enjoyed this post you may also like to read my previous post: Van Life Loy #10 – That time I was in a drive by shooting 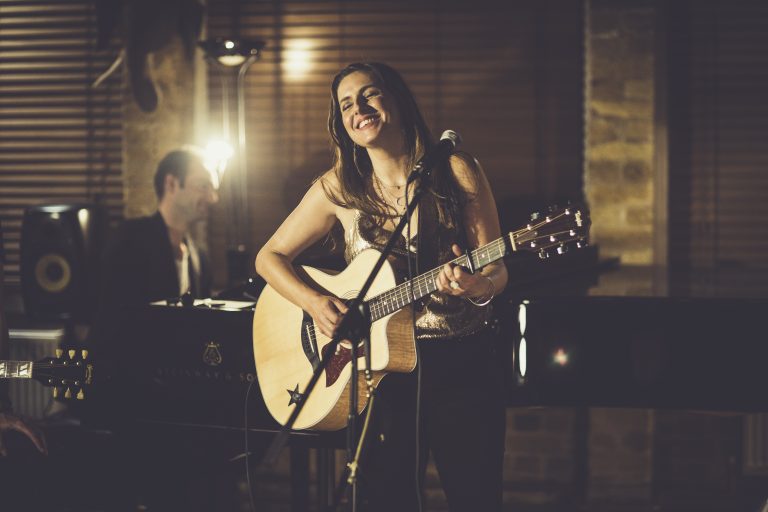